Back to all posts

Saturday and Sunday November 19 & 20, 2016 was the CFA International Cat Show which was held in Novi, MI this year.  It was a busy show with over 700 registered cats and a lot of great vendors.  I entered Obi in the Red Show and she received best Havana Brown cat in six out of seven rings, and Judge Yaeko Takano used her in a final where she was awarded 4th Best Champion and 3rd Best Shorthair Champion.  I'm happy to say she loves showing and was playful and attentive in every ring.

While there I also attended the Clerking School on the 18th with two fellow Havana Brown Breeders, Annie Desmarais, who also breeds Bengals in Quebec and showed them at this show, and LeAnn Rupy, currently of Chicago, who showed a handsome British Shorthair.  We were benched together in the Havana Brown section along with Shelly Ducharme.  It was great to spend the weekend with such good company!

There were three show photographers, this being the International Show, and I went with Tetsu Yamazaki.  It was a good experience and I look forward to the pictures in a few weeks time.  At the beginning of the shoot Hiroko said the one Japanese phrase I remember, chotto matte, which absolutely delighted me, so much so that I was not upset that I had lint in my carrier and therefore on Obi.  We corrected and the shoot continued.  Which means this is a good spot to wrap up this blog post...while I remember I need to go de-lint my carrier. 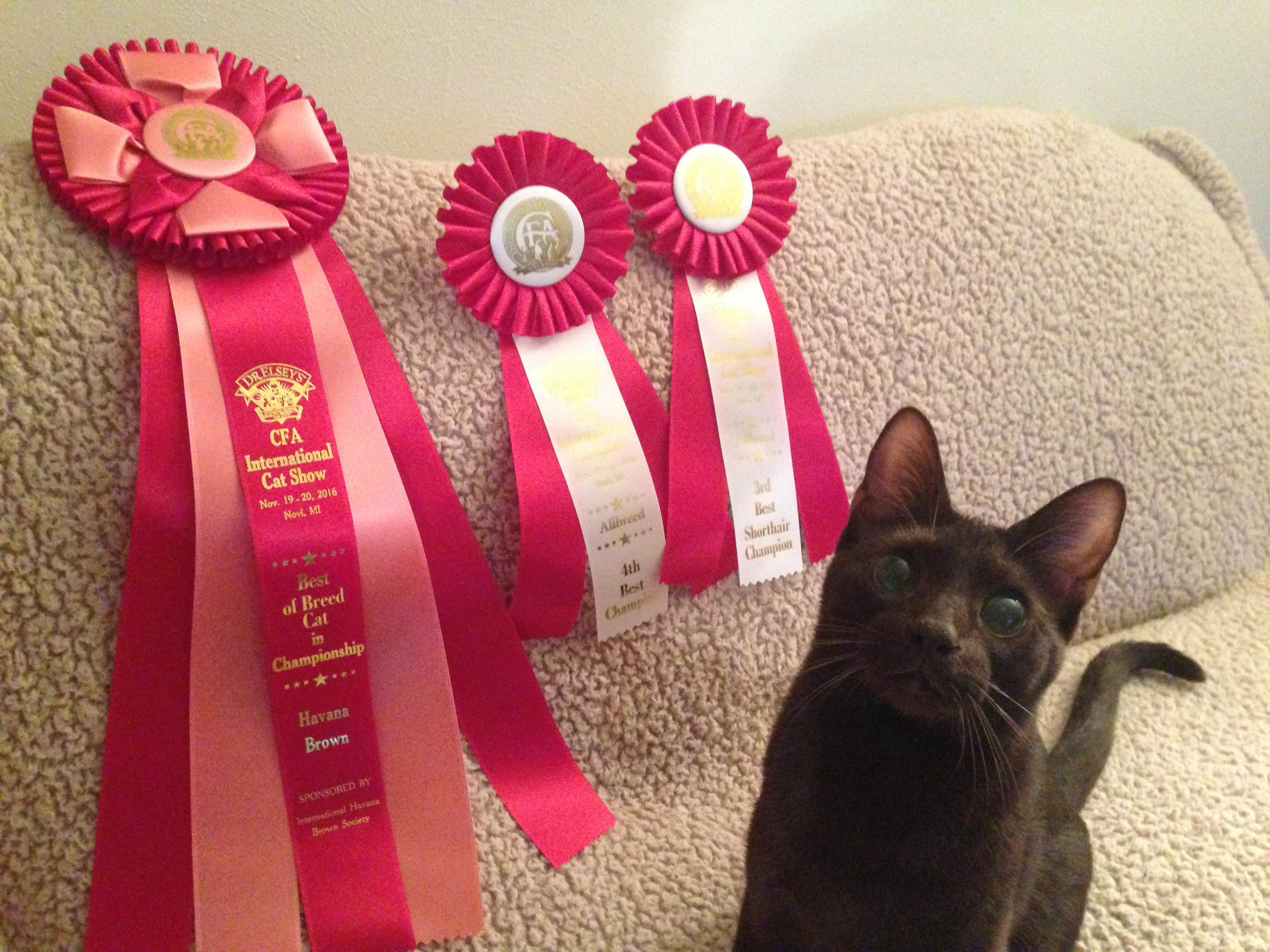